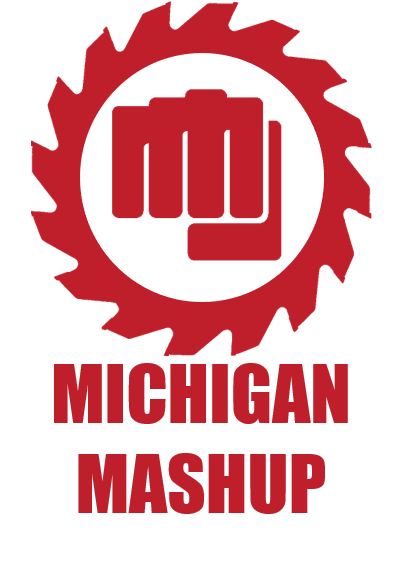 Hello again my fellow roboteers! this time around we have a dedicated judge that has the job of watching very closely and making sure the right call is made, Also while spark ruleset generally calls for unsticks to be allowed alot of arena upgrades have been made to ensure that robots dont get stuck on the arena again. Thus the only unsticks that will be allowed are if the robots get stuck on eachother. Event is once again hosted in the small town of Bloomingdale at a local telecommunications company there is a resonable amount of space with tables and chairs being provided. You will be required to bring your own extension cords and any equipment that is necessary for the repair and operation of your robots. The fairy weight class will be starting out the event and will take up the majority of the morning.  The event will run as long as nessary but I am hoping to have it wrapped up by 5.

Masks are recommended but not required at this event. Spectators are welcome but those that are not associated with a competing team will be asked to pay a $5 dollar admittance fee for their group (unlmited group size for $5 entrance fee) Everyone who attends the event will be expected to sign a basic waver before the competition begins.

I am tentatively hoping to start the fairy weight (150g) combat robot class by 10:30am but it may possibly be later if setup takes longer then expected. You must have any bots that plan to compete signed in by 10am so i can get the brackets built. Antweight class will probably beign near to the end of the fairy weight finals. A $20 fee will be collected per antweight and $10 per fairyweight to help cover arena and venue costs. I am asking that Each driver only register 2 bots per class initially to allow others in that would like to compete, however feel free to add more if the classes are not full in the last week before the event.

There will be a basic looking over of your robot at time of check in to make sure it has a locking device and you are expected to have confirmed that it will failsafe before arriving at the competition. Failure to follow safe handling or if a robot does not failsafe during the competition may result in disqualification without fee reinbursment. To be clear we will not be doing a failsafe check for every robot at the compition, you are expected to have done these before arrival.

Both the 150g (fairy weight) and 1 pound (Antweight) classes will be operated under the SPARC Match Rules v1.2.This ruleset can be found here for reveiw: http://sparc.tools/

If magnets are used on your robot it must have less then 1 pound of added downforce for antweights and 150g for fairyweights. At check in robots with magnets will be required to show that they cannot stick to the bottom side of a metal plate.

Arena is 4' x 4' x 2' and consists of steel floor and 1/4 thickness of polycabonate on all transparent portions of the arena.  The arena also includes an auger hazard running from match start on one side of the combat area and a pushout zone which will become active in the last 60 seconds of the match on the other side.

Auger will reverse after a 10 second hold if it becomes jammed up by a robot, if the robot is still jamming up the augers after reversal the robot will be counted down.

Tournament style will be double elimination with small trophies awarded to the top 3 bots in each class.

If time allows a bot brawl including any driver that wants to be included from both groups will be held at the end of the day.

Check out videos from the last Mashup!: https://www.youtube.com/channel/UCyWO4AyOKfTv3tERie54img

The information displayed on this page was written and is managed by Midwest Robot Combat Association.