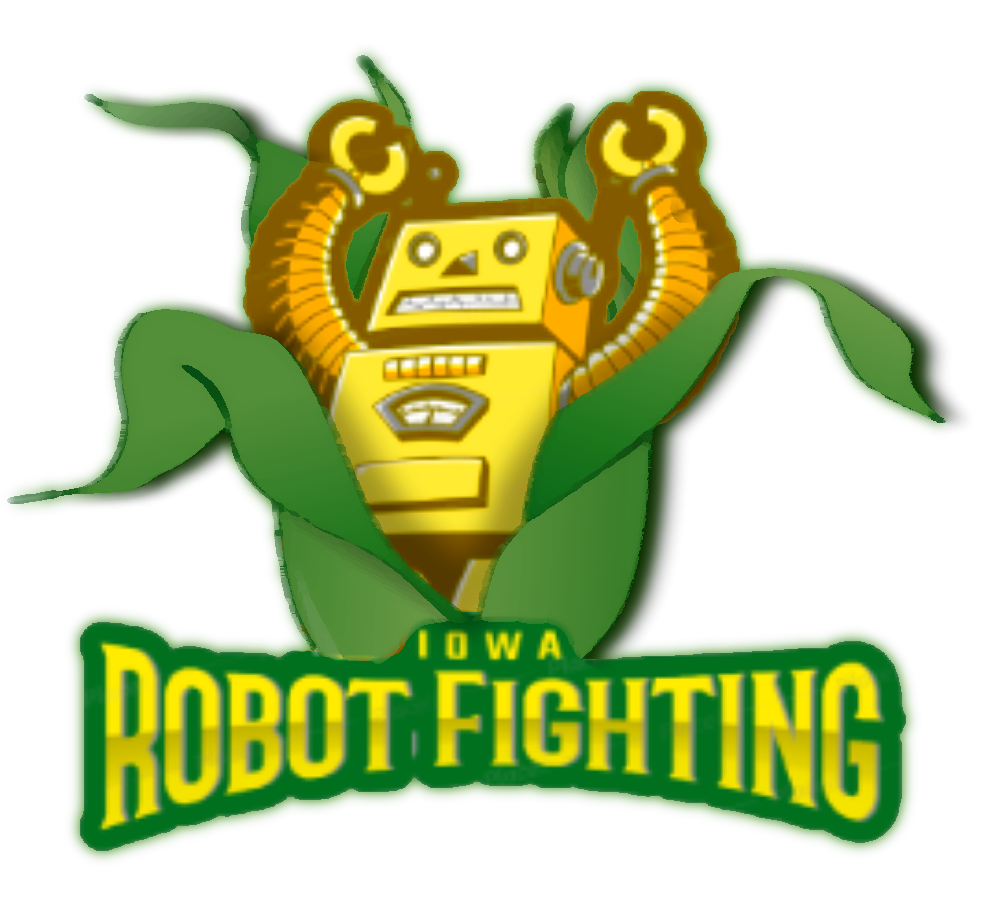 The Iowa Robot Fighting Competition is a MRCA Qualifier event!

Teams are limited to 2 robots per class.

We will be holding the IRFC at the Fred Maytag II Scout Center at 6123 Scout Trail, Des Moines, IA 50321 and doors will open at 8:30 AM on Saturday July 16th. All competitors must be checked-in, weighed, and confirmed as eligible by 9:45 AM to be considered eligible to compete. Bracket announcement will be made at 9:55 AM and the competition will begin with the first Ant Weight fight at 10:00 AM.

The IRFC will have three arenas, two of which will be rated for Beetle weight competition. The third arena will only be rated for Fairy weight fights.

Competitors will be given an ON DECK warning, 4 minutes prior to their fight, and must be ready to compete at the time specified. If a competitor has not placed their robot in the arena at the specified time, their fight will be forfeit.

For all other rules and details on MRCA please visit the website below!

The information displayed on this page was written and is managed by IRFC 2022 (MRCA).